Focus On Professional Powder Coating System Solution
You are here: Home » Service » Industry Technical Documents » The function of the surface adjustment process and its control points

The function of the surface adjustment process and its control points

The function of the surface adjustment process and its control points 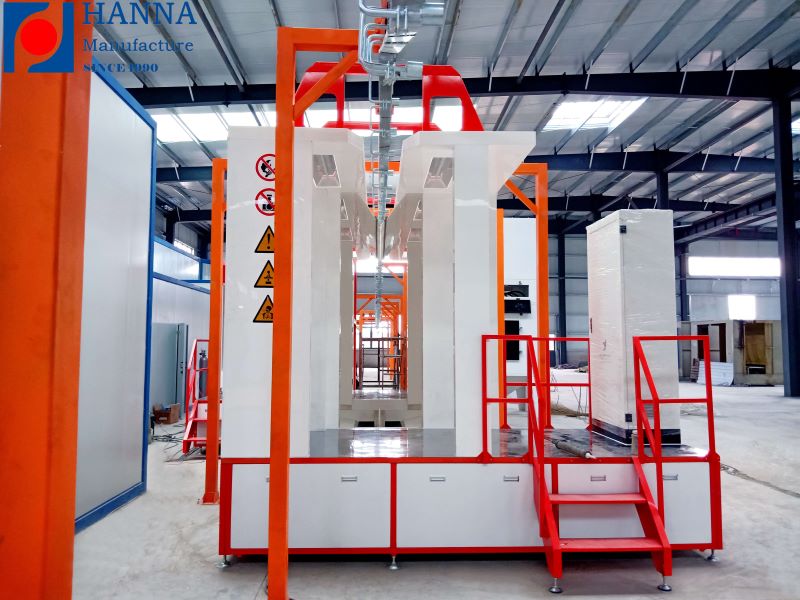 After degreasing phosphating before the surface adjustment is an important process to generate phosphate film crystallization. It changes the microscopic state of the metal surface, prompting the phosphating process to form crystalline fine, uniform, dense phosphate film. In particular, the metal surface cleaned by pickling or high-temperature strong alkali and dipping low-temperature low zinc film phosphating occasions, especially the need for surface adjustment.

The main components of the surface adjustment solution is titanium salt (titanium colloid) and sodium phosphate, slightly alkaline colloidal solution. Due to the high surface energy of colloidal particles, the metal surface has a very strong adsorption effect on the treated surface to form a very large number of nuclei, the initial phase of phosphating in the nuclei around the rapid formation of uniform phosphate crystals, limiting the growth of large crystals, prompting the phosphate film refinement and dense, and improve the film-forming properties, shorten the phosphating time, reduce the film thickness, but also to eliminate differences in the state of the metal surface on the quality of phosphating impact.

(2) To prevent the main component titanium colloid in the treatment solution suddenly coalesced, attached to the steel plate by phosphate treatment, phosphate film crystallization becomes larger and coarser film. Formulation of table conditioning treatment solution water should be pure, its conductivity should be less than 200MS/cm, tap water (containing chlorine does not apply) poor water quality occasions the best use of deionized water.

(3) At room temperature, the maximum temperature should not exceed 35°C. The temperature of the treated workpiece should be controlled. The processing time is 30~60s.

(4) To ensure the stability of the treatment solution, fresh water must be supplied frequently and the surface conditioner must be replenished. The amount of surface conditioner used in the production line is not proportional to the number of treated pieces. Generally, it should be added regularly, and the treatment fluid needs to be thoroughly renewed once a week (it should be managed according to the instructions of the material supplying factory). The treatment solution should be kept well stirred to avoid settling.

The focus of the surface conditioning process management is to keep the workpiece temperature as low as possible and to conduct strict pH management.