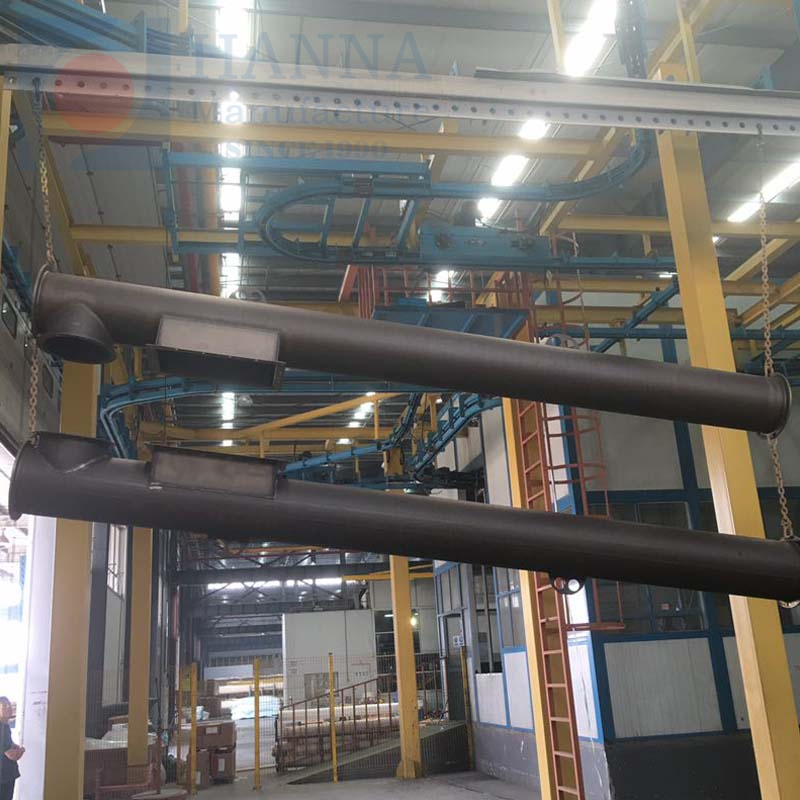 Research shows that, in terms of damage, metal materials are much easier than compressive stress when there is tensile stress on the surface, the surface is compressive stress, the fatigue life of the material is greatly improved, therefore, for the shaft and other parts prone to fatigue fracture usually use shot blasting to form the surface compressive stress to improve product life, in addition, metal metal materials are very sensitive to tensile, which is the reason why the tensile strength of the material is much lower than the compressive strength, which This is also the reason why metal materials are generally expressed in terms of tensile strength (yield, tensile) material properties.   The working surfaces of the steel plates of the cars we ride every day are peened by shot blasting, which can significantly improve the fatigue strength of the material. Shot blasting is driven by a motor to rotate the impeller body, by the role of centrifugal force, the diameter of 0.2 ~ 3.0 pellets (cast pellets, cut pellets, stainless steel pellets, etc.) thrown to the surface of the workpiece, so that the surface of the workpiece to achieve a certain degree of roughness, so that the workpiece becomes beautiful, or to change the workpiece welding tensile stress into compressive stress, to improve the service life of the workpiece. It is used in most fields of machinery, such as shipbuilding, automobile parts, aircraft parts, gun and tank surfaces, bridges, steel structures, glass and steel plates, pipes, etc. Sandblasting (shot) is to use compressed air as the power to spray the surface of the workpiece with the pellets of 40~120 purpose or 0.1~2.0 in diameter to make the workpiece achieve the same effect. The size of the pellets is different, and the treatment effect is different.

Sandblasting is a method of cleaning the surface of parts by blowing quartz sand out at high speed with compressed air. It is also called sandblasting in the factory, not only to remove rust, but also to remove oil, which is very useful for painting. Commonly used in parts surface rust removal; parts surface finishing (the market sells small wet sand blasting machine is this purpose, sand is usually corundum, the medium is water); in the steel structure, the application of high-strength bolts for coupling is a more advanced method, because the high-strength coupling is the use of friction between the bonding surface to transfer force, so the quality of the bonding surface requirements are very high, then the bonding surface must be sandblasted Treatment.   Sandblasting is used for complex shapes, easy to remove rust by hand, not high efficiency, bad site environment, and uneven rust removal.

General sand blasting machine has various specifications of sand blasting gun, as long as the box is not particularly small, you can put the gun in to play clean.   The supporting product of pressure vessel - head uses sandblasting to remove the oxide skin on the surface of the workpiece, and the diameter of quartz sand is 1.5mm~3.5mm. There is a kind of processing that uses water as a carrier to drive the diamond sand to process the parts, which is a kind of sandblasting.               Shot blasting and sandblasting can be used to clean and decontaminate the workpiece, the purpose of the next sequence for the preparation, that is, to ensure the roughness of the next process requirements, but also in order to ensure the consistency of the surface, shot blasting on the workpiece has a strengthening effect, sandblasting is not obvious. General shot blasting for small steel balls, sandblasting for quartz sand. According to different requirements, the number of subheads.