As a pretreatment technique, the conventional method of initial pretreatment is a tank immersion type, which is impregnated groove by tank according to the process flow. With the improvement and development of the process, two-in-one (ie degreasing, descaling) and three-in-one (ie degreasing, descaling, passivation) processes have emerged. At present, foreign and domestic appliance industries mostly adopt spray-type pre-treatment, which is characterized by high production efficiency, simple operation, easy to realize production automation or semi-automation, good degreasing effect, and dense and uniform phosphating film. However, no matter how it develops, the pretreatment process of surface treatment is necessary. For different coating requirements and anti-corrosion requirements, the treatment methods such as degreasing, descaling and phosphating should be selected according to the condition of the raw materials of the workpiece. Of course, in the pre-treatment process, sand blasting, shot blasting or sanding processes are also selected as needed in different sectors of different industries. In the development of the times, the surface treatment process is developing. In the case of water washing, tap water is generally used first. However, with the process requirements and development, distilled water or purified water has been used for water washing; the pretreatment also has an ultrasonic treatment process.

Since the 1980s, China has begun to introduce some spraying equipment or single equipment. Some foreign paint spray mist treatment devices have also been developed through the introduction of digestion and absorption, such as rotary cup painting, water curtain painting, water spinning and other series of spraying and painting. The method of mist treatment has made the painting technology a step forward, especially the paint liquid treatment technology of electrophoretic painting in the 1980s. When the electrophoretic painting was first started in the mid-1960s, the paint solution was treated with a nylon shawl, and the temperature control was cooled with an ice pack. With the advancement of the times, from the 1980s to the 1990s, there were a series of devices such as ultrafiltration for the treatment of electrophoresis bath. The UF (Ultrafiltration)/RO (Reverse Osmosis) system used in recent years will be an indispensable equipment for the new cathodic electrophoresis coating line in the future; for the temperature control, not only the cooler, but also the chiller is specially set up for the production line. The cycle is cooled. 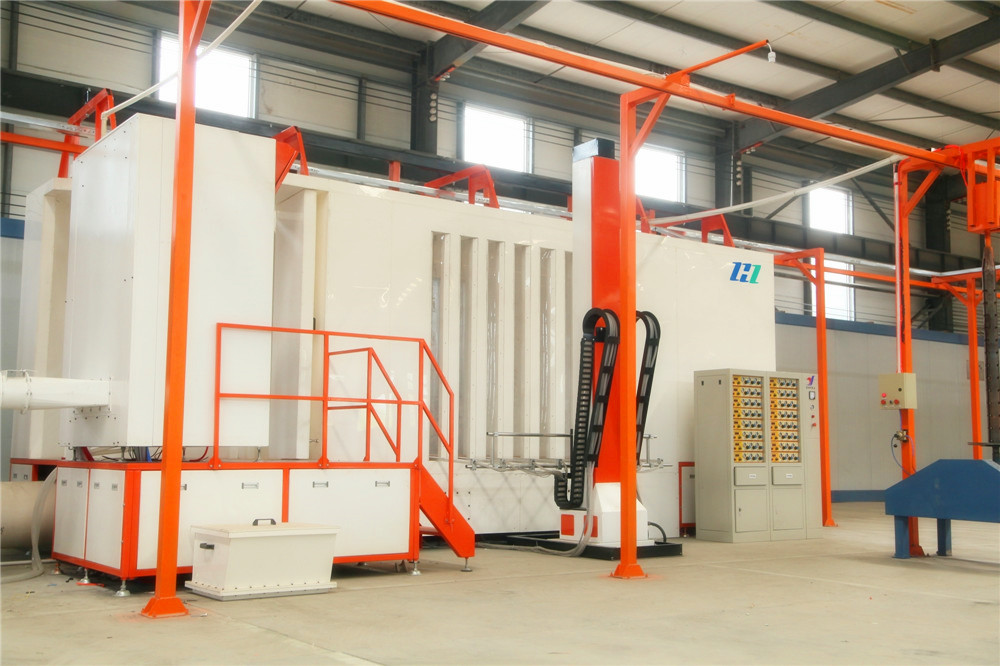